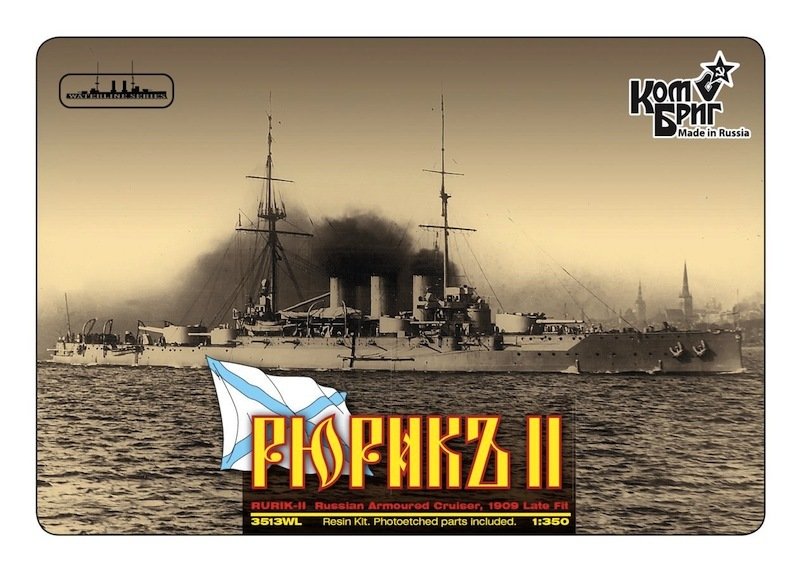 Rurik was commissioned in 1908. She carried out a deployment to the Mediterranean in company with the battleships Tsesarevich and Slava where she represented Russia at the coronation of King Nicholas of Montenegro

She was the flagship of the Baltic Fleet during World War I and saw much action, being damaged by mines on several occasions. The ship was worn out by 1918 and she was hulked in 1922 and sold for scrapping in 1930.
Save this product for later