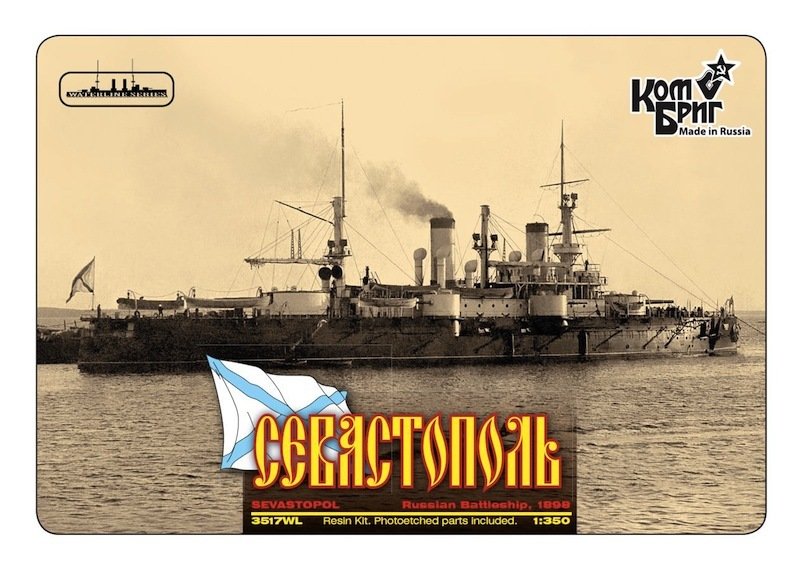 Sevastopol (Севастополь) - named after the city of Sevastopol, built by Galerniy Yard, St. Petersburg, laid down in 1892, launched in June 1895. She was commissioned in 1897 and was based at Port Arthur. The ship fought in the Battle of the Yellow Sea, but failed to escape and was scuttled during the Siege of Port Arthur. She was too badly damaged and scuttled in water too deep to be economically salvaged by the Japanese.
Save this product for later