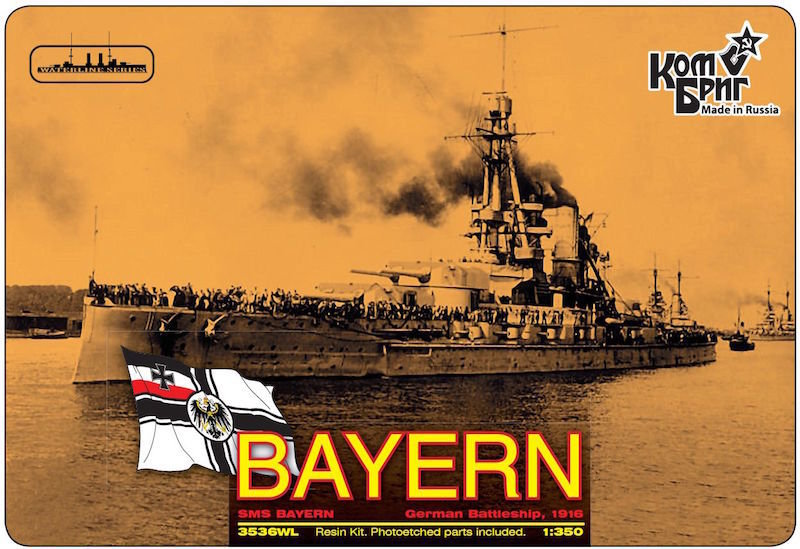 SMS Bayern was the lead ship of the Bayern class of battleships in the German Imperial Navy. The vessel was launched in February 1915 and entered service in July 1916, too late to take part in the Battle of Jutland. Her main armament consisted of eight 38 cm (15 in) guns in four turrets, which was a significant improvement over the preceding König's ten 30.5 cm (12 inch) guns.[Note 2] The ship was to have formed the nucleus for a fourth battle squadron in the High Seas Fleet, along with three of her sister ships. However, only one of the other ships—Baden—was completed; the other two were canceled later in the war when production requirements shifted to U-boat construction.

As she had been commissioned late in the war, Bayern had a limited service career. The first operation in which the ship took part was an abortive fleet advance into the North Sea on 18–19 August 1916, just a month after she had been commissioned. The ship also participated in Operation Albion in the Gulf of Riga, but shortly after the German attack began on 12 October 1917, Bayern was mined and had to be withdrawn for repairs. She was interned with the majority of the High Seas Fleet in Scapa Flow in November 1918 following the end of World War I. On 21 June 1919, Admiral Ludwig von Reuter ordered the fleet to be scuttled; Bayern sank at 14:30. In September 1934, the ship was raised and towed to Rosyth, where she was scrapped.
Save this product for later