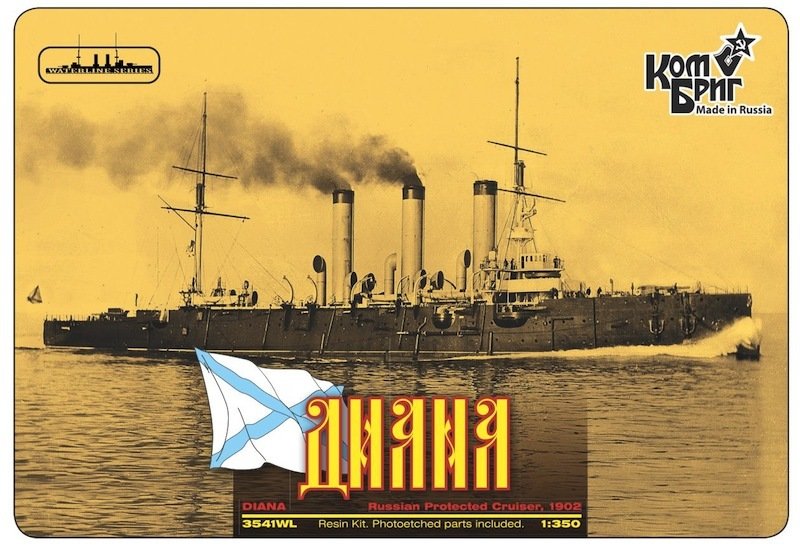 Diana (Russian: Диана) was the second of three Pallada-class protected cruisers built for the Imperial Russian Navy. The cruiser served during the Russo-Japanese War and took part in the Battle of the Yellow Sea on 10 August 1904. Later, she served as part of Russian Baltic Fleet during World War I.
Save this product for later