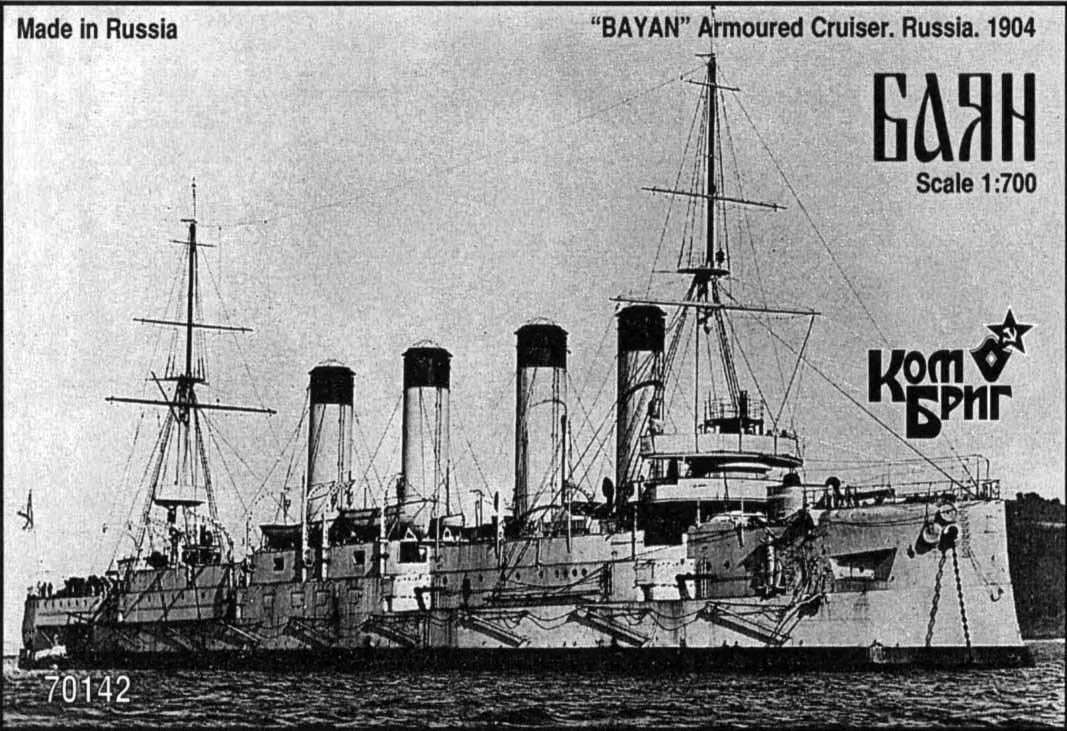 The cruiser Bayan (Russian: Баян) was the lead ship in the Bayan-class of armored cruisers in the Imperial Russian Navy. It was built in Toulon, France by the Compagnie des Forges et Chantiers de la Méditerranée à la Seine. The name Bayan means "Bard" or "storyteller" in Russian.

At the outbreak of hostilities between Japan and Russia, the Bayan was moored at the Russian naval port of Port Arthur, and suffered numerous hits during the initial Japanese attack on the night of 8 February 1904. It was consequently trapped in the harbor along with the rest of the Russian fleet during the subsequent Siege of Port Arthur.

The damage to the Bayan was not serious enough to prevent her from participating as flagship in the sortie by Vice Admiral Stepan Makarov out of Port Arthur on 10 March 1904, together with the cruiser Novik, to support Russian destroyers under attack by the Japanese destroyers.

The Bayan participated in additional sorties on 23 June 1904 and 24 July 1904. While returning from this last sortie and flying the flag of Rear Admiral Reitzenstein, the Bayan struck a mine but made it back to Port Arthur. She was still under repair on 10 August 1904 when the Port Arthur squadron under Rear Admiral Wilgelm Vitgeft attempted to run the Japanese blockade for Vladivostok and engaged the Japanese fleet in the Battle of the Yellow Sea.  Bayan took more hits from the Japanese guns (12) than any battleship or cruiser in the squadron. She suffered seven hits on the deck, of which five penetrated and five hits on the side of the hull.

After the end of the war, the wreck of the Bayan was raised and towed to Japan, where it was repaired and commissioned into the Imperial Japanese Navy as a prize of war. Renamed the Aso, it was decommissioned in 1920 and sunk as target in 1930.
Save this product for later