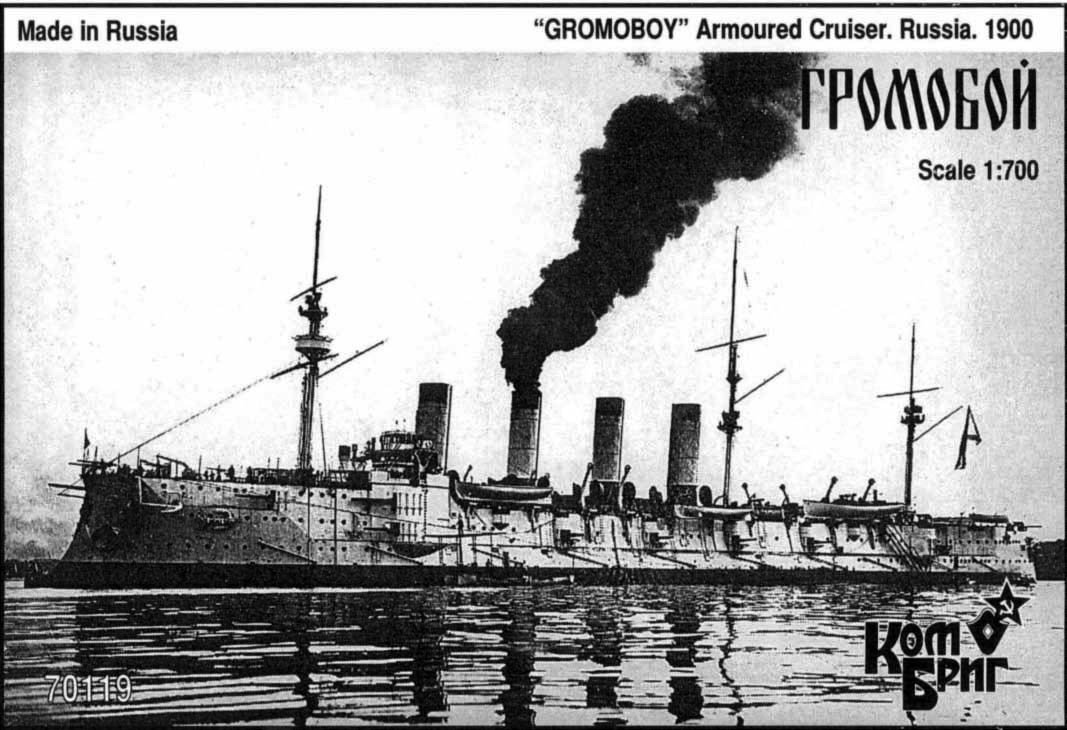 The Gromoboi (Громобой) (Thunderer) was an armoured cruiser built for the Imperial Russian Navy. On completion she voyaged to the Far East in 1900-01 and represented Russia at the granting of the constitution to Australia visiting Sydney and Melbourne. During this voyage she was commanded by Karl Petrovich Jessen. She fought in the Russo-Japanese War being damaged at the Battle of Ulsan (94 killed and 182 wounded). Following repairs she was involved in a grounding accident outside Vladivostok. She was later transferred to the Baltic Fleet and reconstructed between 1908 and 1911. She fought in World War I.

The design was an improved version of the Rossia with extra protection. She was built by the Baltic Works, St Petersburg, laid down 7 May 1898, launched 8 May 1899, commissioned November 1900, and scrapped 1922.

e of Ulsan where she was the flagship of Rear Admiral Karl Jessen.
Save this product for later