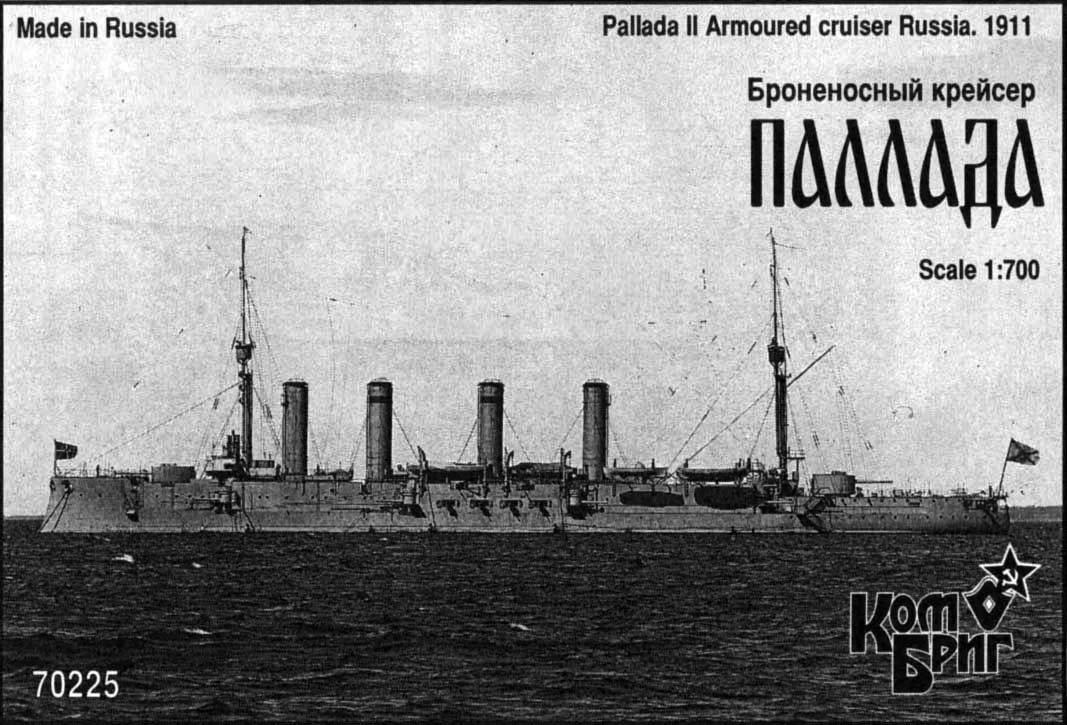 The Pallada (Russian: Паллада) was the last of the four Bayan-class armored cruisers in the Imperial Russian Navy. She was named after the earlier Russian cruiser captured by the Japanese during the Russo-Japanese war (1904-05) and saw service as part of the Russian Baltic Fleet in early stages of the World War I.

On August 26, 1914, Pallada, along with the cruiser Bogatyr, played critical role in capturing German naval codebooks from the light cruiser Magdeburg which ran aground near the island of Odensholm in the Gulf of Finland. The codebooks, transferred by the Russians to their British allies, proved to be an invaluable asset to British naval intelligence later in the war.

Less than two months later, on October 11, 1914, she was torpedoed by the German submarine U-26. The torpedo explosion detonated the ship's ammunition, and within a few minutes the cruiser disappeared into the water along with all 597 crew becoming the first Russian warship sunk during the war.
Save this product for later