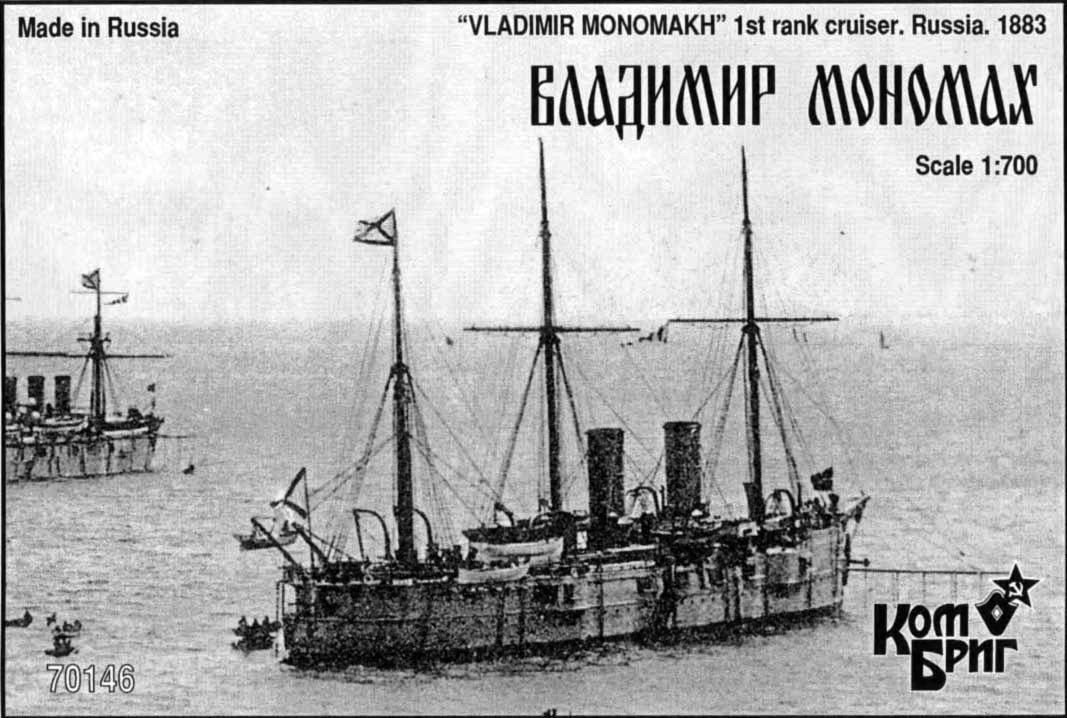 The Vladimir Monomakh was laid down in 1880. She was originally equipped with a heavy full rig of sail on three masts and bowsprit. Completed in 1885, she was modernized in 1897-1898 with new armament, as her original armament was by then obsolete. A searchlight platform was placed atop the mainmast. When built, the 5,593-ton cruiser reached 15.2 knots (28.2 km/h) but she was far slower 25 years later, despite the refit.

On May 27, 1905, at Tsushima, Vladimir Monomakh was positioned to the right side of the Russian line, guarding the fleet train and so avoided the pounding that the Second Pacific Squadron received. However, at nightfall, the Japanese torpedo boats engaged the Russians. Vladimir Monomakh, mistaking one of her attackers for a Russian destroyer, collided with the Japanese vessel and was later hit by one torpedo. The damage was severe but her crew kept her afloat. The next morning, however, the cruiser was scuttled by the crew and sank at 14:30.
Save this product for later