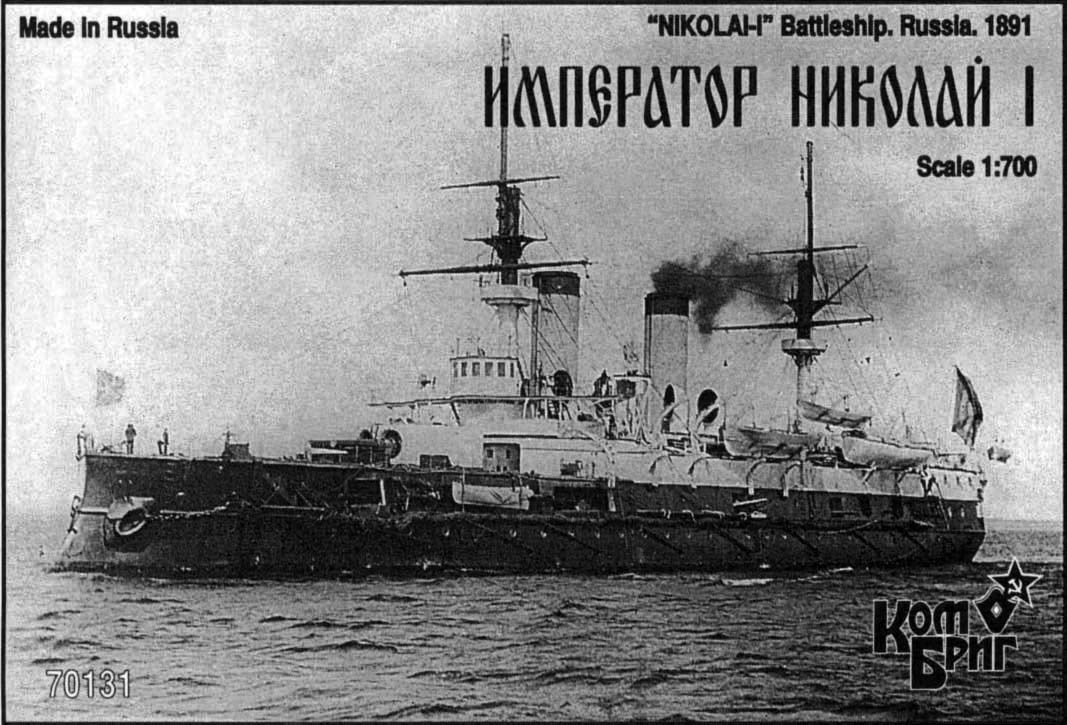 Russian Imperator Aleksandr II-class pre-dreadnought battleship built for the Baltic Fleet in the late 1880s. She participated in the celebration of the 400th anniversary of the discovery of America in New York City in 1892. She assigned to the Mediterranean Squadron and visited Toulon in October 1893. She sailed for the Pacific Ocean during the First Sino-Japanese War and remained in the Pacific until late 1896, when she returned to the Mediterranean Squadron and supported Russian interests during the Cretan Revolt. She returned to the Baltic in April 1898 and had a lengthy refit, which replaced all of her machinery, before returning to the Mediterranean in 1901.

Returning to the Baltic during the Russo-Japanese War Imperator Nikolai I was refitted in late 1904 to serve as the flagship of the Third Pacific Squadron under Rear Admiral Nikolai Nebogatov. She was slightly damaged during the Battle of Tsushima and was surrendered, along with most of the Third Pacific Squadron, by Admiral Nebogatov to the Japanese the following day. She was taken into the Imperial Japanese Navy as the Iki where she served as a gunnery training ship until 1910 and then became a first-class coast defense ship and training vessel. She was sunk as a target ship in October 1915.
Save this product for later