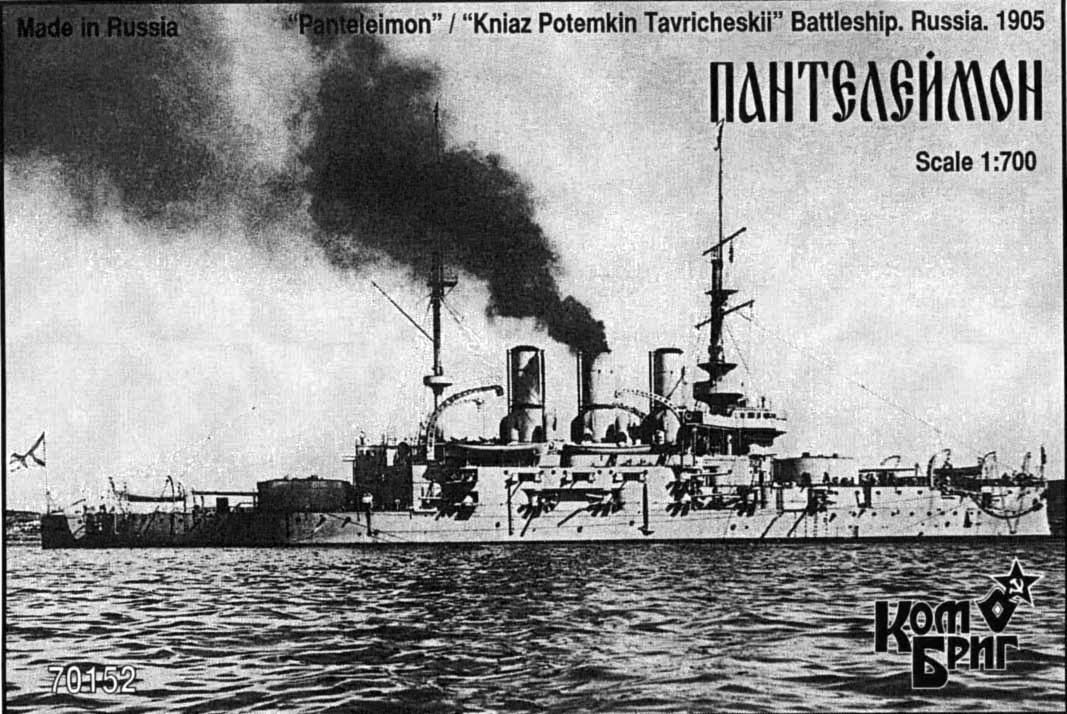 The Potemkin (Russian: Князь Потёмкин Таврический, Knyaz’ Potyomkin Tavricheski, ‘Prince Potyomkin of Tauris’) was a pre-dreadnought battleship (Bronenosets) of the Imperial Russian Navy's Black Sea Fleet. The ship was made famous by the Battleship Potemkin uprising, a rebellion of the crew against their oppressive officers in June 1905 (during the Russian Revolution of 1905). It later came to be viewed as an initial step towards the Russian Revolution of 1917, and was the basis of Sergei Eisenstein's silent film The Battleship Potemkin (1925).

Following the mutiny in 1905, the ship's name was changed to Panteleimon after Saint Pantaleon, but restored to Potemkin in 1917, before a final rename to Boretz za Svobodu later in that year.
Save this product for later