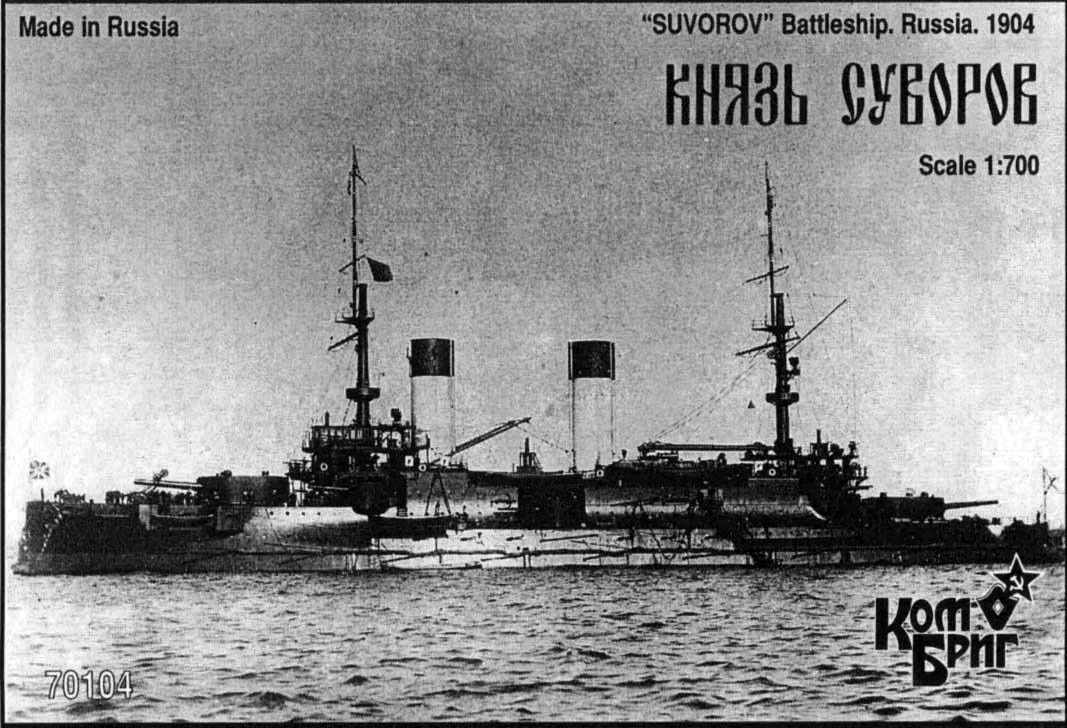 The Knyaz Suvorov (Russian: Князь Суворов) was a Borodino-class battleship of the Russian Imperial Navy, built by Baltic Works, St Petersburg. Laid down July 1901, it was launched in September 1902 and completed in September 1904. This ship was named after the great 18th-century Russian general Alexander Suvorov.

The Knyaz Suvorov had a short existence, serving for less than 9 months within the Imperial Russian Navy. She was completed at the beginning of September and had virtually no comprehensive sea trials, on 26 September 1904 Suvorov participated in a naval review for the Tsar. As a result, her crew was newly assigned and largely inexperienced. On 15 October, she left Russia together with the rest of the "Second Pacific Squadron" to the Far East.

Knyaz Suvorov was the flagship of Admiral Rozhestvensky at Tsushima, where she was sunk on 27 May 1905. She suffered numerous hits from explosive shells and eventually three torpedo hits.

The battleship was struck by heavy shells, but her crew kept up a gallant defence with the last two 76.2 mm guns. She was torpedoed by the Japanese 11th Destroyer Flotilla and sank with all hands.