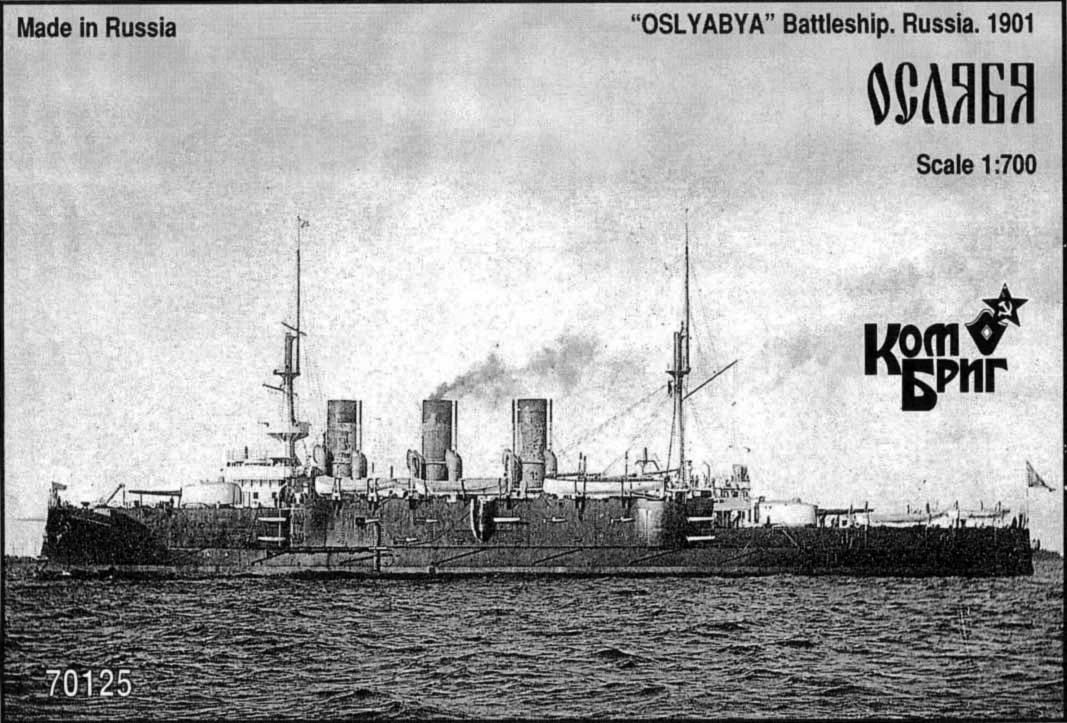 The Oslyabya (Russian: Ослябя) was a battleship of the Peresviet-class. She was named for Rodion Oslyabya, a 14th century monk of the Troitse-Sergiyeva Lavraand a hero of Battle of Kulikovo.

The Oslyabya was part of the Second Pacific Squadron sent to the Far East, serving as the flagship of Rear-Admiral Baron Fölkersahm. She was sunk on 27 May 1904 at the battle of Tsushima, early in the engagement. Of her crew, 515 lost their lives, while 250 were rescued. Fölkersahm had died before the battle, and his coffin went down with the ship.
Save this product for later