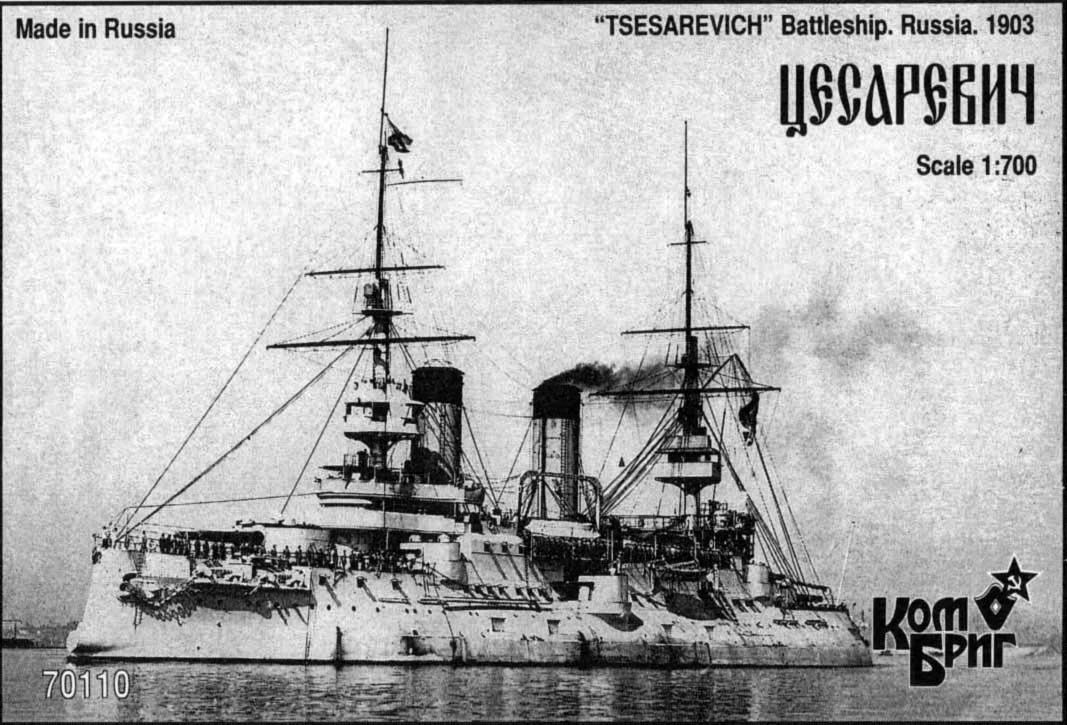 The Russian battleship Tsesarevich (Цесаревич) was built in France by Compagnie des Forges et Chantiers de la Méditerranée à la Seine for the Imperial Russian Navy. She was named after the Tsesarevich - the title reserved for the eldest son of the Tsar and heir to the Russian throne. She was based in the Pacific and fought in the Russo-Japanese War, and was the flagship of Admiral Wilgelm Vitgeft in the Battle of the Yellow Sea. The Tsesarevich design was the basis of the Borodino-class battleships which were built in Russia.
Save this product for later