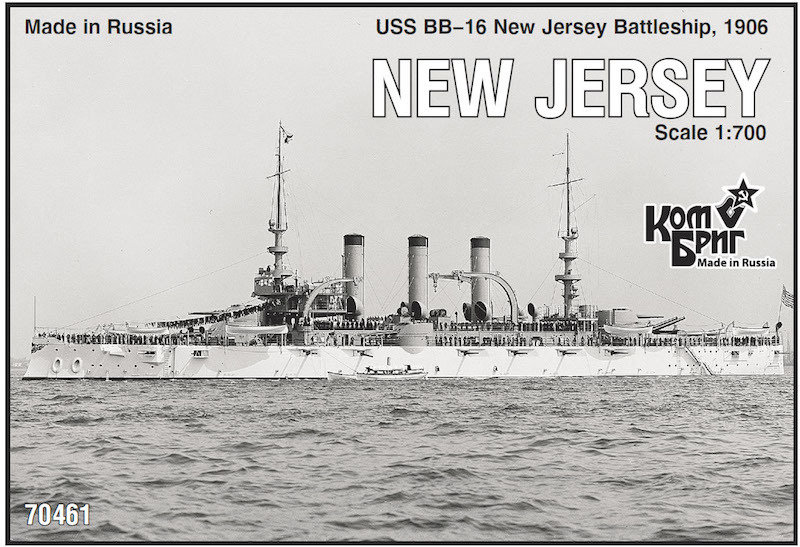 USS New Jersey (BB-16) was a Virginia-class battleship of the United States Navy. She was the first ship to carry her name. New Jersey was launched on 10 November 1904 by Fore River Shipbuilding Company, Quincy, Massachusetts; sponsored by Mrs. William B. Kenney, daughter of Governor Franklin Murphy of New Jersey; and commissioned on 12 May 1906, Captain William W. Kimball in command.
Save this product for later