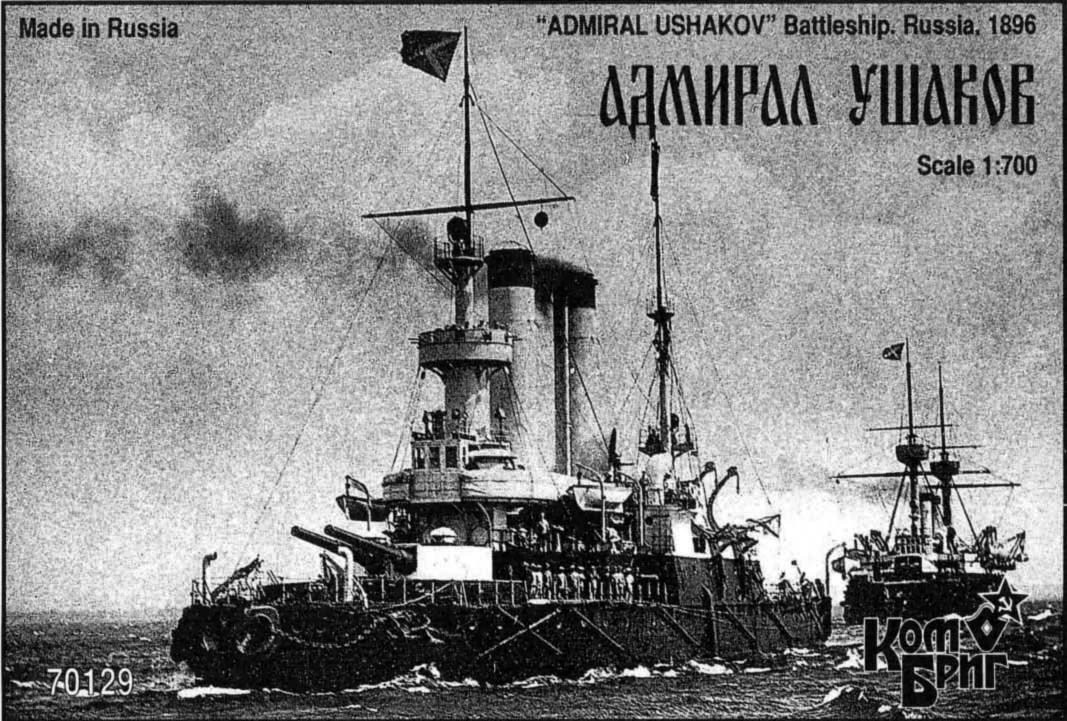 Admiral Ushakov was part of the Baltic Fleet at the beginning of the Russo-Japanese war. The Ushakov was chosen to form part of Admiral Nikolai Nebogatov's "Third Pacific Squadron" which was sent out to reinforce Admiral Zinovy Rozhestvensky on his journey to the Far East. The ship was obsolete and was not considered suitable for a voyage to the Pacific. However the Admiralty insisted on including Ushakov and her sister ships General-Admiral Graf Apraxin and Admiral Senyavin to bolster their force. Journeying via the Suez Canal and across the Indian Ocean, they linked up with Rozhestvensky's fleet off Cam Ranh Bay in Indochina and proceeded together to the Straits of Tsushima.

At the Battle of Tsushima, on 27-28 May 1905, the Ushakov was separated from Nebogatov during the night and fought to the last. She was twice hit below the water line and once above, the blazing wreck being scuttled on the evening of 28 May.
Save this product for later