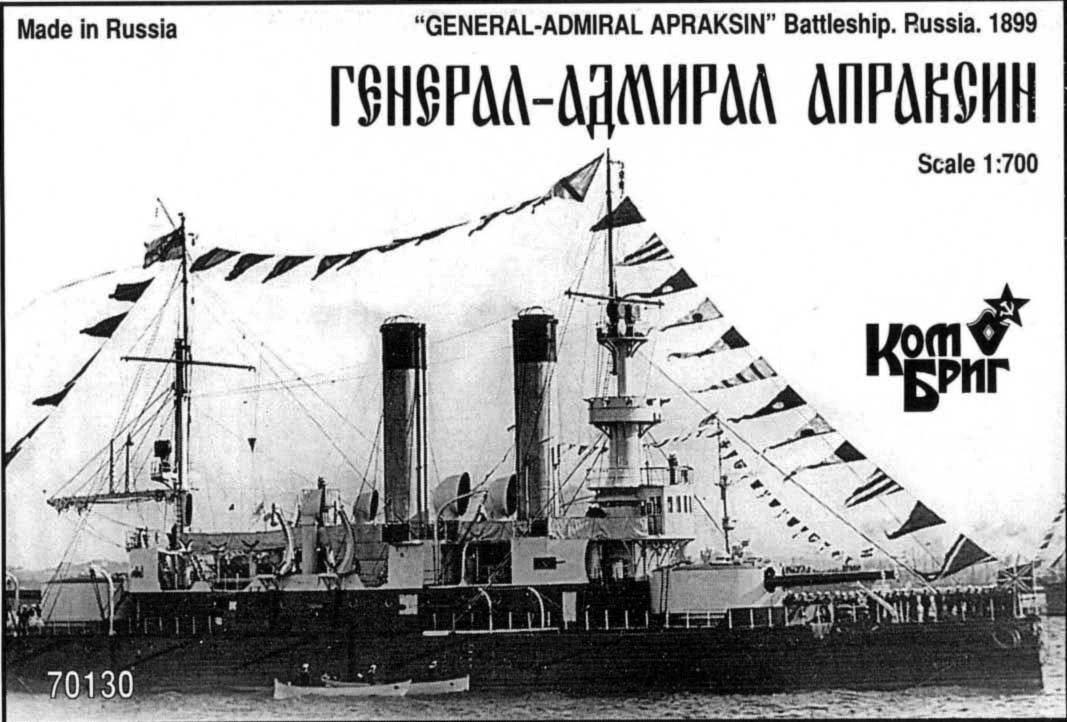 The General Admiral Graf Apraksin (sometimes transliterated as Apraxin) was a member of the Admiral Ushakov-class coast defense ships of the Imperial Russian Navy. She was named after General Admiral Fyodor Matveyevich Apraksin, the first commander of Russian Baltic Fleet. She was one of eight Russian pre-dreadnought battleships captured by the Imperial Japanese Navy during the Russo-Japanese War of 1904-1905. In the Japanese Navy she served as the Okinoshima.
Save this product for later