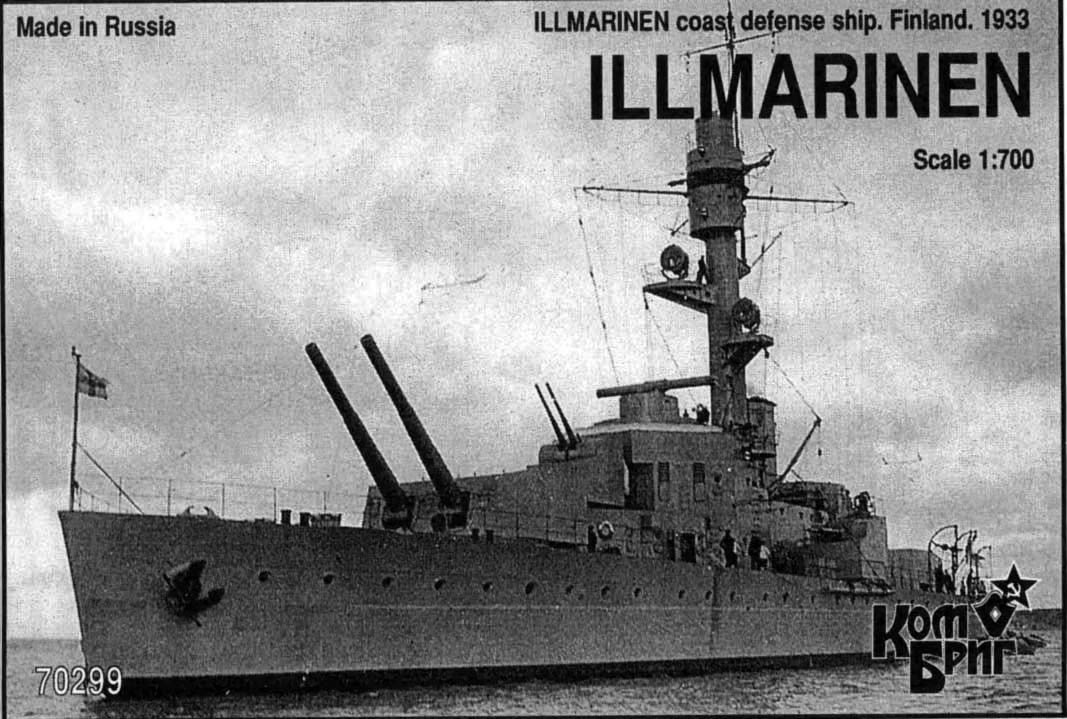 Ilmarinen and her sister ship Väinämöinen took part in the Winter War. At the beginning of war, the ships protected Åland Islands against possible invasion. During the winter the ships were anchored at Turku harbour where they provided anti-aircraft support for the city.  During the Continuation War the two ships shelled the Soviet base at Hanko Peninsula on five occasions in July-November 1941.  They took part in Operation Nordwind on September 13, 1941 in which German forces were to take the Estonian islands of Saaremaa and Hiiumaa. A group of ships were to be used to deceive the Soviets. When returning from the mission, Ilmarinen ran into a minefield. Two sea mines had got entangled on the paravane cable; when the ship turned, the mines struck the ship and exploded. The ship sunk in seven minutes. Only 132 men of the crew survived and 271 were lost. The survivors were later known as Ilmarisen uimaseura (Ilmarinen Swimming Team).
Save this product for later