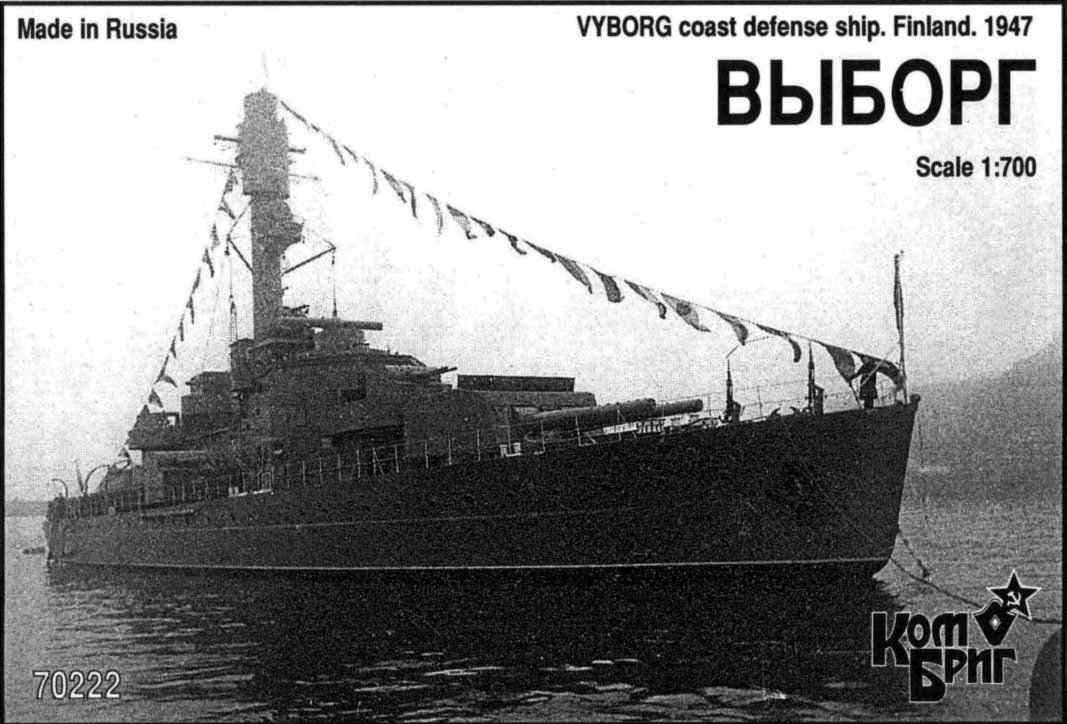 Väinämöinen was a Finnish coastal defence ship, the sister ship of the Finnish Navy's flagship Ilmarinen and also the first ship of her class. She was built at the Crichton-Vulcan shipyard in Turku and was launched in 1932. Väinämöinen, as well as Ilmarinen were planned to be mobile coastal fortresses for the defence of the Finnish demilitarized islands at Åland in particular.

The only time Väinämöinen and Ilmarinen fired their heavy artillery against an enemy was at the beginning of the Continuation War, during the Soviet Red Army evacuation of their base at the Hanko Peninsula. Väinämöinen also participated in the distraction manoeuvre Operation Nordwind on 13 September 1941, during the course of which her sister ship Ilmarinen was lost to mines.

In 1943 "Detachment Väinämöinen", which consisted of Väinämöinen, six VMV patrol boats and six motor mine sweepers, was moved east in to take positions along the coast between Helsinki and Kotka. She did not actively participate in many operations, since the heavier Soviet naval units never left Leningrad, where they were used to effect as floating batteries during the siege. As a result, Väinämöinens primary operational duties were to patrol the Gulf of Finland between the minefields "Seeigel" and "Nashorn", as well as protection of the German-Finnish anti-submarine net across the gulf.

After the end of the Continuation War it was decided to hand over the Väinämöinen as war reparations to the Soviet Union. The ship was handed over on May 29, 1947 to the Soviet Baltic Fleet, where it was renamed Vyborg. The ship served over 6 years in the Red Fleet at the Soviet base in Porkkala, Finland. The ship was called Vanya (a Russian short form of the name Ivan) by the sailors of the Baltic Fleet.

The Vyborg was modernized during the 1950s and served for a while as a residential ship in Tallinn. Preparations to scrap the ship were begun in 1958. During this time, there were talks to return the ship to Finland. The ship was, however, scrapped in 1966 at a Leningrad scrapyard. According to Soviet calculations, they received 2,700 tons of metal from the ship.
Save this product for later