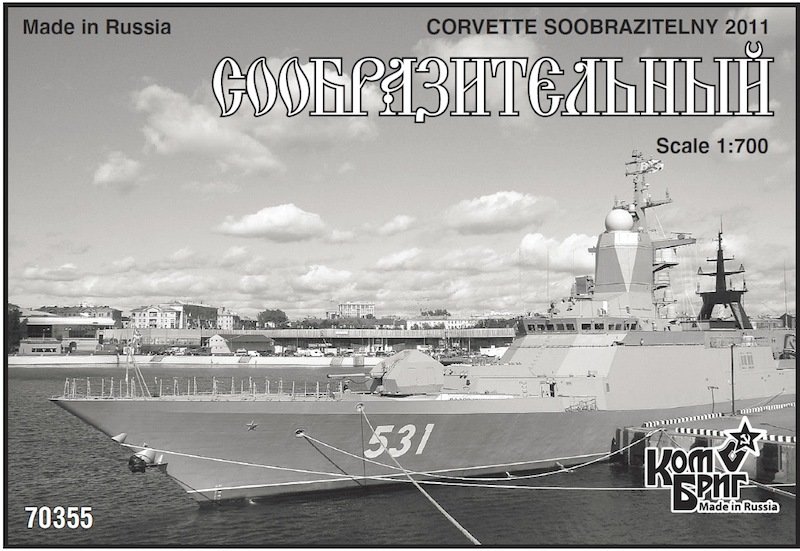 The kit does not come with decals.

The Soobrazitelnyy (Сообразительный - Smart) is the second ship of the latest class of corvettes of the Russian Navy, the Steregushchiy class. The ship is being built by the Severnaya Verf shipyard in St.Petersburg and was laid down in May 2003. It was launched in late March 2010 and is expected to join the Baltic Fleet in the beginning of 2011.

The ship is the first of the class to be fitted with the Redut system intended to increase its anti-aircraft capabilities with respect to the Kashtan CIWS previously used. The corvette was shown to the public for the first time at the Fifth International Maritime Defence Show (IMDS-2011) in St. Petersburg.
Save this product for later