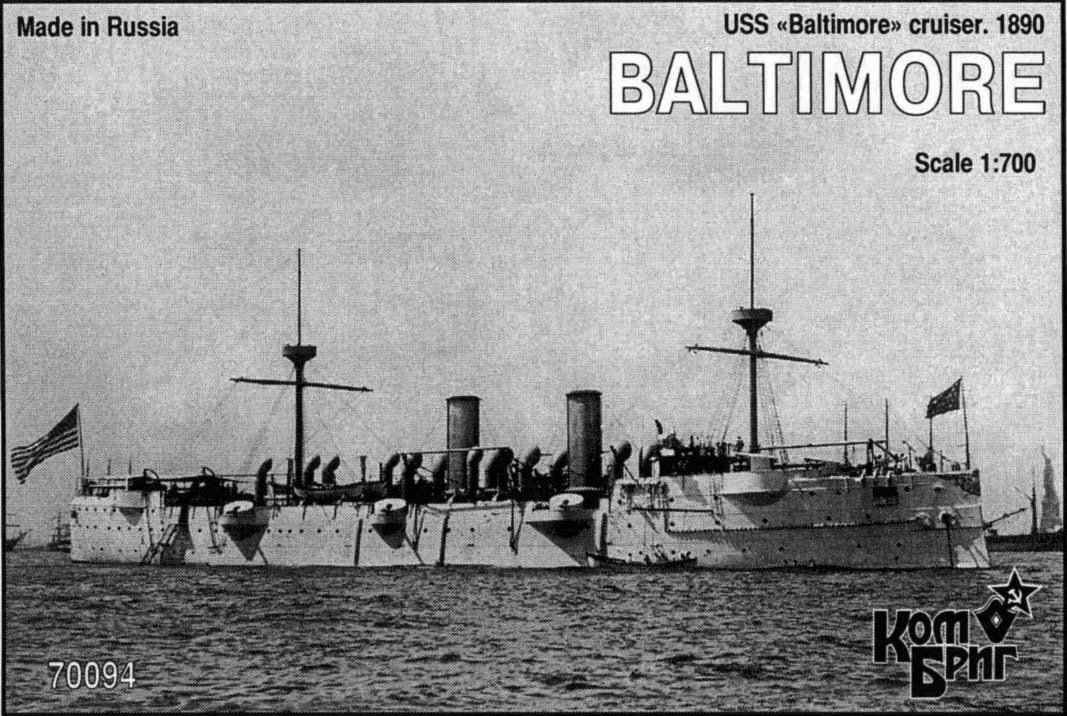 The fourth USS Baltimore (C-3) (later CM-1) was a United States Navy cruiser, the second protected cruiser to be built by an American yard. Like the previous one, Charleston, the design was commissioned from the British company of W. Armstrong, Mitchell, and Company of Newcastle.

She was launched on 6 October 1888 by William Cramp and Sons Ship and Engine Building Company, in Philadelphia, Pennsylvania, sponsored by Mrs. Theodore D. Wilson, wife of Chief Constructor Theodore D. Wilson; and commissioned on 7 January 1890, with Captain W. S. Schley in command.
Save this product for later