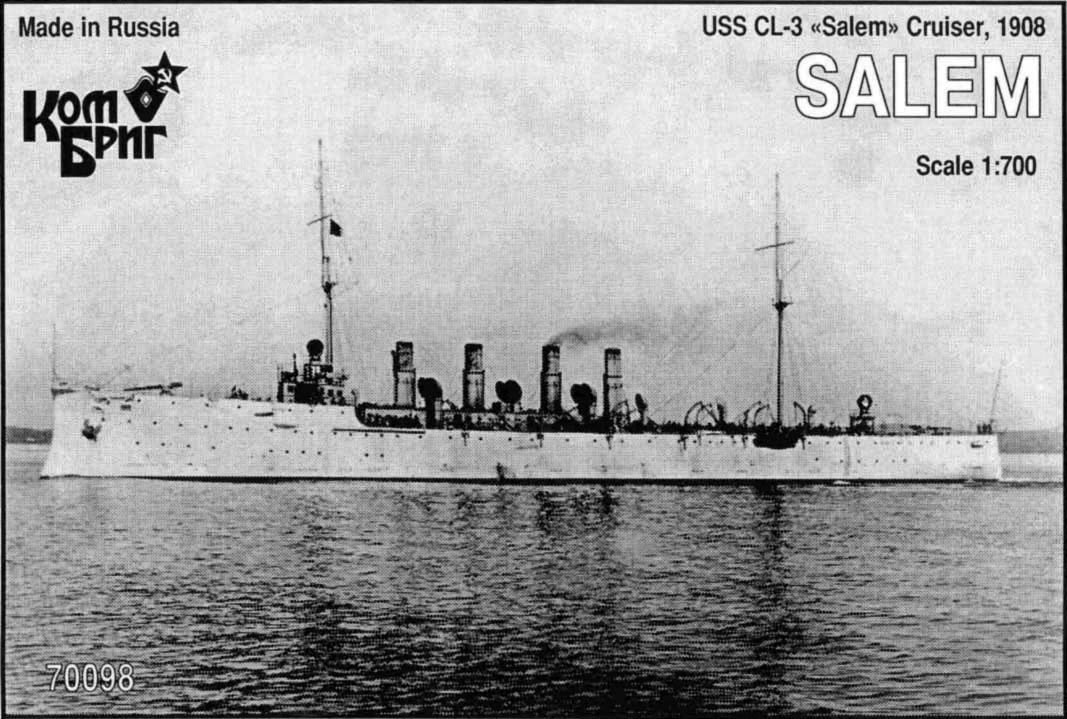 USS Salem (CL-3), Scout Cruiser No. 3, was a Chester-class cruiser of the United States Navy. She was the first Navy ship named for the city of Salem, Massachusetts.

Salem was laid down on 28 August 1905 by the Fore River Shipyard; launched on 27 July 1907, sponsored by Mrs. Lorna Pinnock; and commissioned on 1 August 1908, Commander Henry B. Wilson in command.
Save this product for later