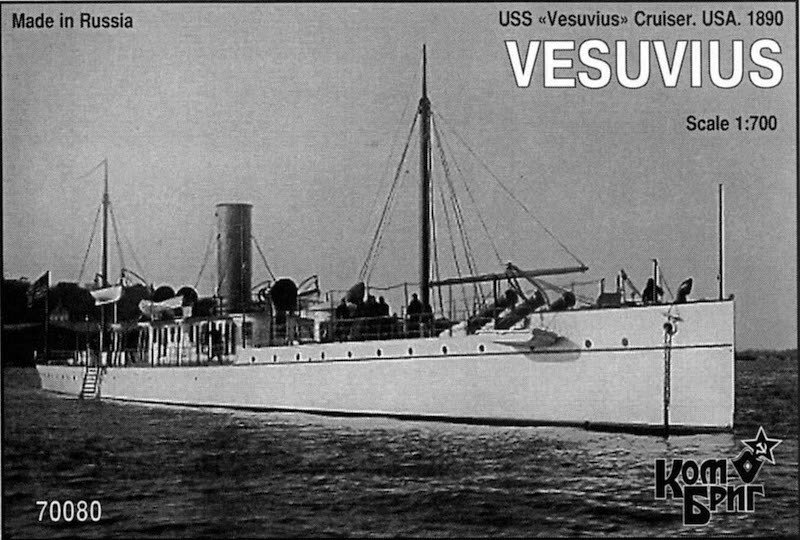 USS Vesuvius, the third ship of the United States Navy named for the Italian volcano, was a unique vessel in the Navy inventory which marked a departure from more conventional forms of main battery armament. She is considered a dynamite gun cruiser.

Vesuvius was laid down in September 1887 at Philadelphia, Pennsylvania, by William Cramp and Sons Ships and Engine Building Company, subcontracted from the Pneumatic Dynamite Gun Company of New York City. She was launched on 28 April 1888 sponsored by Miss Eleanor Breckinridge and commissioned on 2 June 1890 at the Philadelphia Navy Yard with Lieutenant Seaton Schroeder in command.
Save this product for later