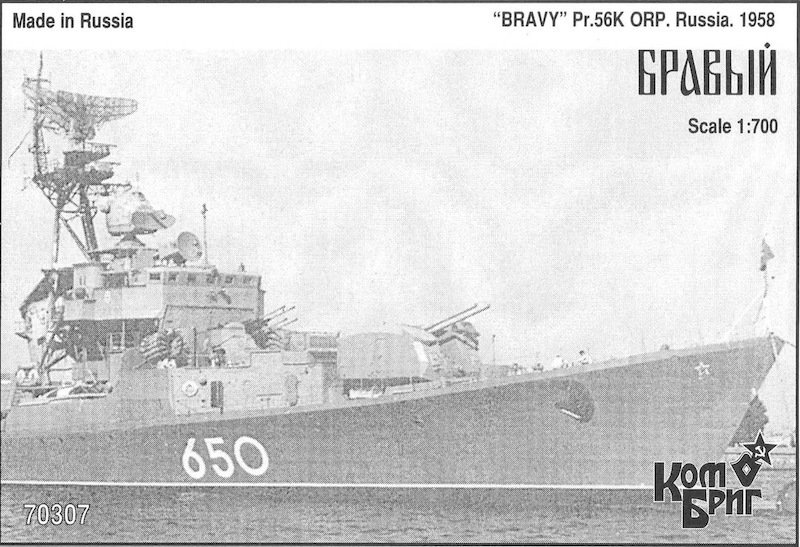 The Kildin Class destroyer was a series of destroyers built for the Soviet Navy in the late 1950s. They were a missile armed version of the Kotlin class destroyerFour ships were built around the KSShch (КСЩ, SS-N-1) anti-ship missile. When this missile became obsolete in the 1960s, three ships were modernised in 1972-1977. All ships were decommissioned in the late 1980s early 1990s. The Soviet designation was Project 56EM for the prototype (Bedovyy), Project 56M for three series ships, and Project 56U for the modernised ships.
Save this product for later