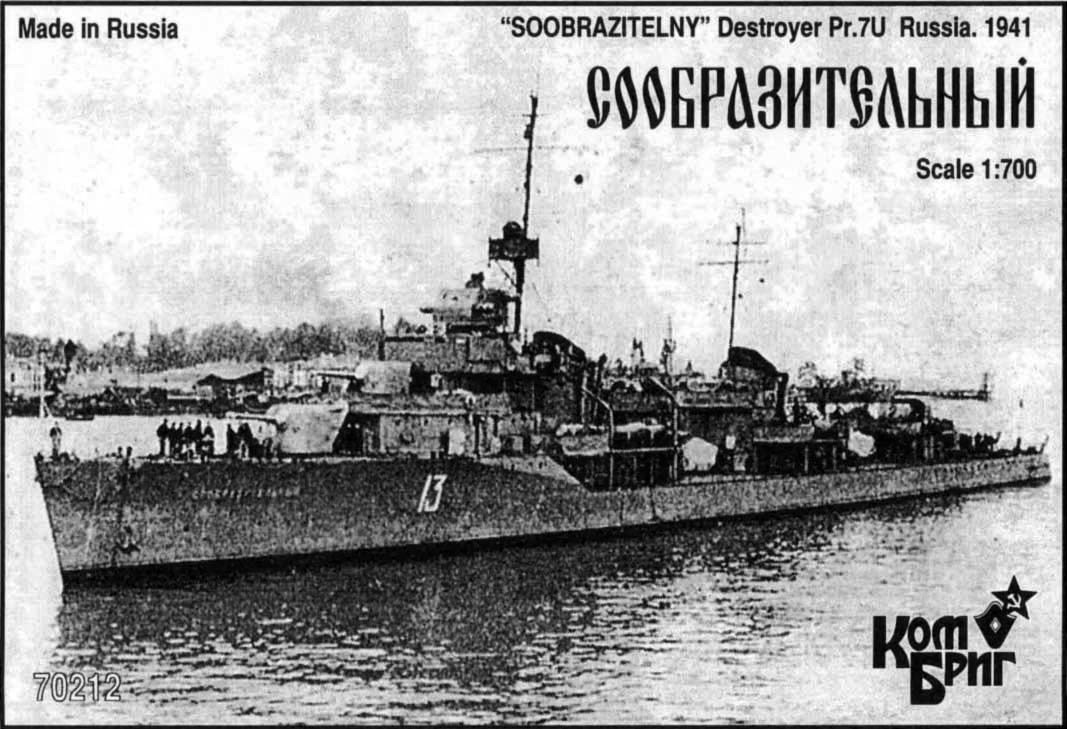 The Soobrazitel'nyi class were destroyers built for the Soviet Navy in the early 1940s. The Soviet designation was Type 7U or Ulutshenyi (improved). The ships fought in World War II. They were modifed versions of the Gnevny class destroyers. The design was finalised in 1936 after initial disappointments with the Type 7 ships. The main changes were unit machinery (four boilers instead of three), a strengthened hull and reduced fuel capacity. The anti-aircraft guns were re-sighted to improve firing arcs.

Yakubov and Worth state that the change to unit machinery was due to an incident when HMS Hunter was stopped due to machinery damage by a mine during neutrality patrols in the Spanish Civil War. The incident reported at a meeting where Stalin was present and he ordered that the ships be redesigned with unit machinery in order to enable a ship to move in case one of the two boiler or engine rooms were incapacitated. This change in design saved the Slavniy following mine damage in 1941 but led to a considerable delay in the Soviet destroyer programme and the cancellation of 6 type 7 ships.

Fitting the extra machinery in the same hull preseted significant challenges, leading to an increase in weight, cramped accommodation and reduction in fuel capacity. These changes led soviet sailors to call the type 7u, 7 ukhudshennyi (ухудшенный, made worse).

Later in the war electronic equipment such as radar and sonar were supplied by the Allies for these ships.
Save this product for later