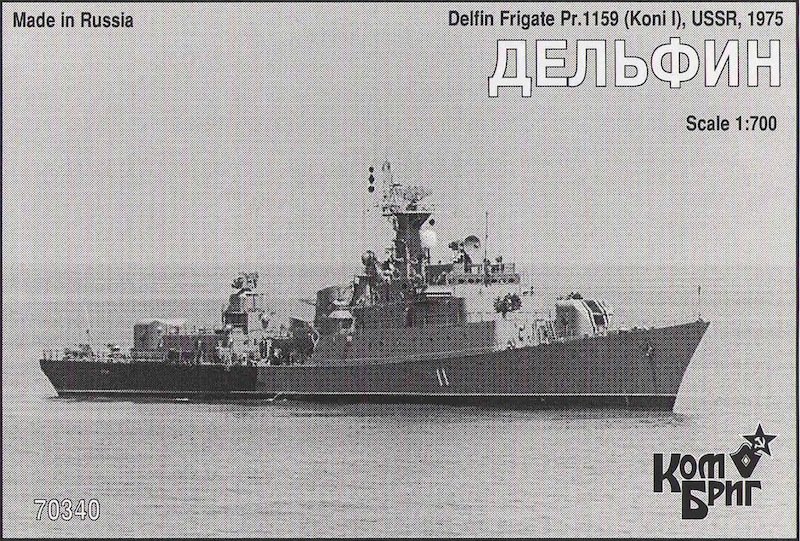 Koni class is the NATO reporting name for a anti-submarine warfare frigate built by the Soviet Union. They were known in the Soviet Union as Project 1159. 14 were built in Zelenodolsk shipyard between 1975 and 1988. They were originally intended to replace the older Riga class frigates, but were instead chosen as a design for export to various friendly navies. The Koni I sub class were designed for European waters and the Koni II were made for warmer waters. One was retained by the Soviets in the Black Sea for training foreign crews. Only a few of these vessels remain in service today.

The Romanian Tetal class frigates were similar.
Save this product for later