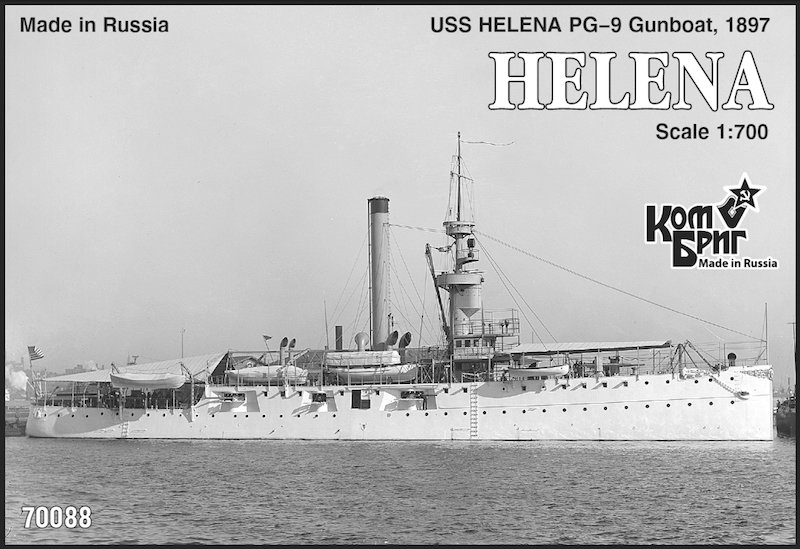 The USS Helena (PG-9) was a gunboat of the United States Navy. She participated in the Spanish-American War, and served in the Far East for many years. The (PG-9) was the first of five Navy vessels named after the capital city of Montana.

The gunboat was launched by the Newport News Shipbuilding Co., Newport News, Virginia, on 30 January 1896. And she was sponsored by Agnes Belle Steele, daughter of the mayor of the city of Helena; commissioned at the New York Navy Yard on 8 July 1897, with Commander William T. Swinburne in command.
Save this product for later