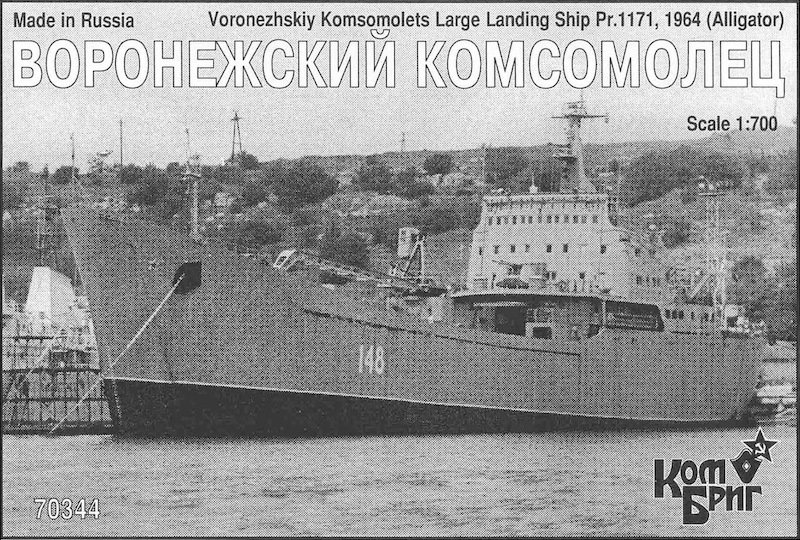 Design of Project 1171 was initiated in 1959 by the Navy, while a similar dual-purpose Project 1173 was ordered by the civilian Ministry of Shipping. Eventually both designs were merged under Project 1171 umbrella, and the resulting ship was a compromise between military (speed, survivability) and civil (fuel economy) objectives. Design team produced four different configurations of the ship. The Navy selected the most powerful and fastest option, which was also least fuel-efficient, and the civil Ministry withdrew from the project completely. All production ships were made for the Navy and never operated on shipping lines.

A total of 14 vessels were completed between 1964 and 1975; all were retired in 1992–1995. As at September, 2008, two vessels, currently named Orsk andSaratov are in active service with the 179-th brigade of Russian Black Sea Fleet. An unidentified number remains in reserve.
Save this product for later