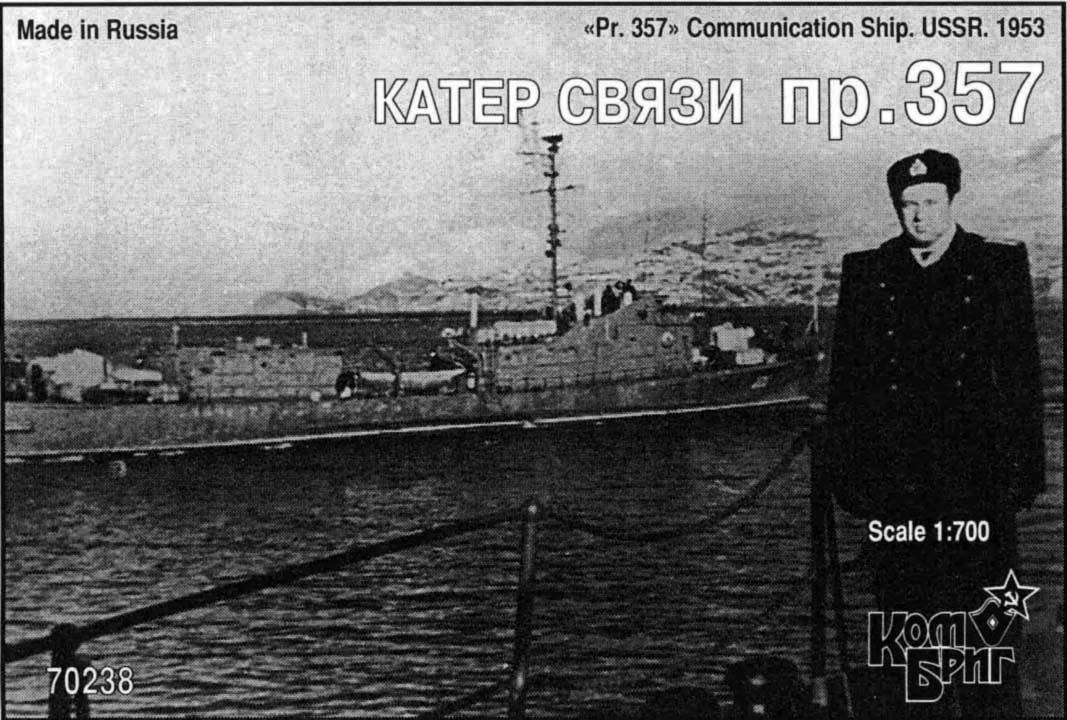 Project 122bis (NATO codename Kronshtadt class) submarine chasers were a Soviet design which were exported throughout the communist bloc in the 1950s. The first ship, BO-270, was built at Zelenodolsk in 1945-1947 and a total of 227 were built for Soviet Navy (175) and border guard until 1955. Besides, twenty units Project 357 (Libau class) dispatch vessels were built on similar project, but without weapon.
Save this product for later