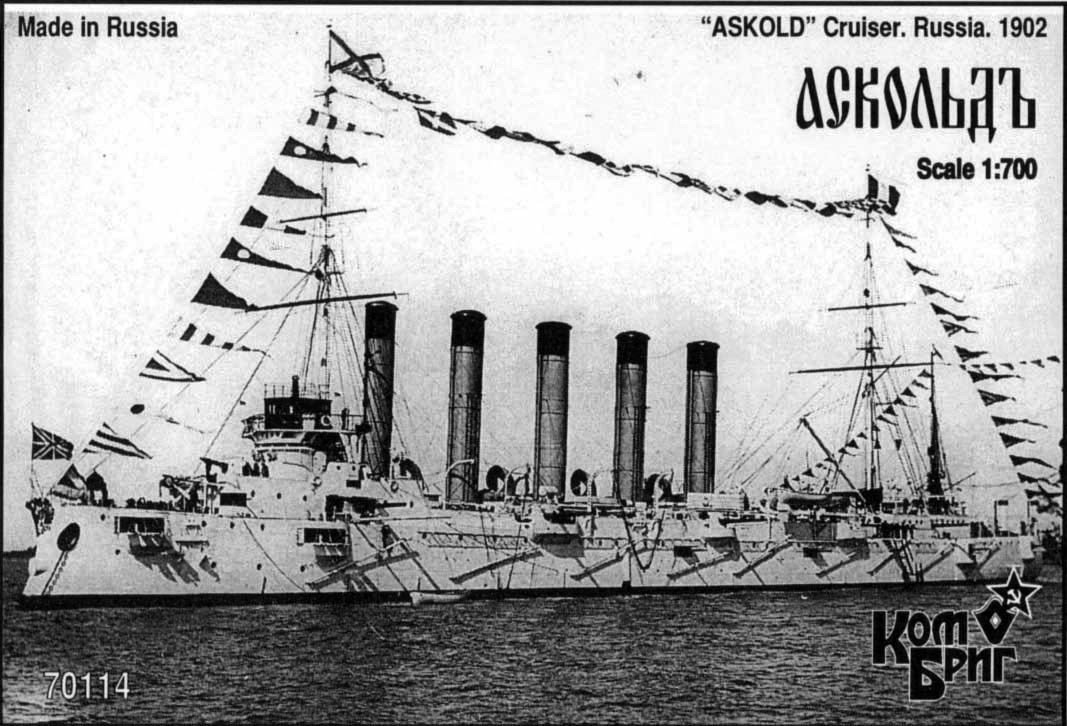 The Russian cruiser Askold (Аскольд) was a protected cruiser built for the Imperial Russian Navy by Deutsche Werft Kiel. She was launched on 3 March 1900 and served in the Russian Pacific Fleet during both the Russo-Japanese war and World War I. She was interned in Shanghai after the Battle of the Yellow Sea and became flagship of the Siberian flotilla in 1906. She sailed to the Mediterranean in 1915 and participated in the Dardanelles operation with Russia's British allies. She was seized by the Royal Navy after the Russian Revolution and commissioned as the Glory IV. Returned to the Soviets after the Russian Civil war she was scrapped in Germany in 1922. The ship was named after the legendary Varangian Askold. She had five thin funnels which led British sailors to nickname her Packet of Woodbines after the thin cigarettes smoked by them.
Save this product for later