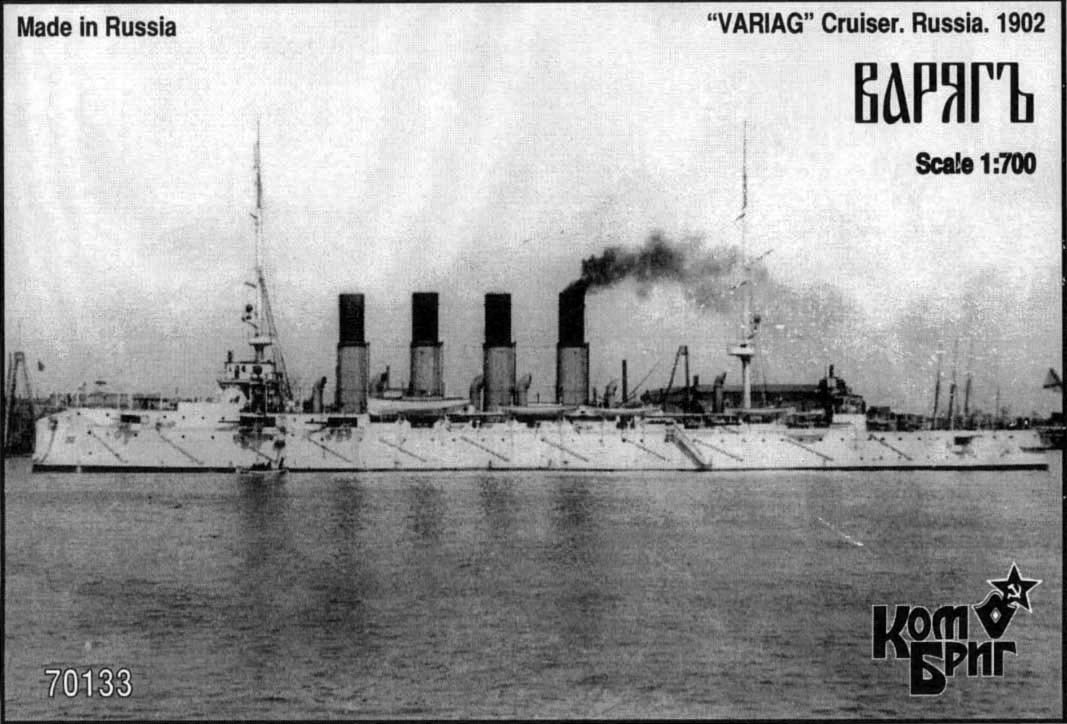 Varyag (also spelled Variag; see Varangian for the meaning of the name) (Russian: кре́йсер «Варя́г») was a Russian protected cruiser. Varyag became famous for its crew stoicism at the Battle of Chemulpo Bay.

The Imperial Admiralty contracted William Cramp and Sons of Philadelphia, Pennsylvania to build the ship, and her keel was laid in October 1898. Launched on October 31, 1899, under Captain Vladimir Behr, she was commissioned into the Imperial Russian Navy on January 2, 1901.

During the Battle of Chemulpo Bay at the start of the Russo-Japanese War, Varyag (under the command of Captain of the First Rank Vsevolod Rudnev) accepted a badly unequal battle with the Japanese squadron of Admiral Uriu (one armoured cruiser, five protected cruisers and eight destroyers) in a heroic attempt to break out from Chemulpo (Incheon) harbour February 9, 1904. Chemulpo was in neutral Korean waters. Admiral Uriu gave the Russian ships in harbor an written ultimatum to sail by 12:00 noon or be attacked in the harbor itself. Captain Rudnev sortied, accompanied by the gunboat Koreets; having lost 31 men dead, 191 injured (out of 570) and outgunned, both ships returned to harbor by 1:00 p.m., the crew decided not to surrender, but to sink the ship. The crew was saved by transferring them to the British cruiser Talbot, the French cruiser Pascal, and the Italian cruiser Elba; the captain of the American cruiser Vicksburg declined doing so as a violation of U.S. neutrality. [2][3]

The Varyag was later salvaged by the Japanese and repaired. She served with the Imperial Japanese Navy as light cruiser Soya.
For the record of the Soya after salvaging by Japan and prior to its return to Russia, see Japanese cruiser Soya.
During World War I, Russia and Japan were allies and several ships were transferred by the Japanese to the Russians. She was returned to the Imperial Russian Navy at Vladivostok on April 5, 1916 and renamed Varyag. She was sent to Great Britain for an overhaul, and was due to re-enter service with the Arctic squadron of the Russian Navy. However, following the Russian October Revolution on November 7, 1917 she was seized by the British and sold to Germany in 1920 for scrap. That same year, while under tow in the Firth of Clyde, she ran aground on rocks near the Scottish village of Lendalfoot, and was scrapped there . She finally sank in 1925 and was never recovered.
Save this product for later