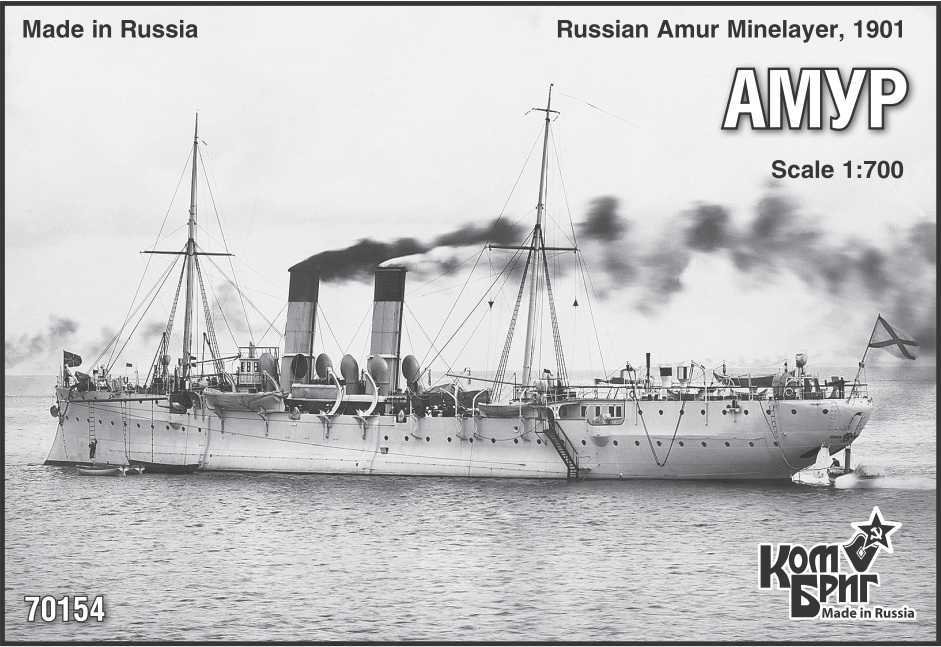 SKU CMBRG-70154PE
€48.00
Out of stock
1
Product Details
This is a waterline 1/700 scale resin kit by Combrig Models with photo etched details

Both ships, Amur and Yenisei, were built by the Baltic Works in Saint Petersburg. They were laid down in 1898 and completed the following year. They were assigned to the Pacific Fleet when the Russo-Japanese War began in 1904 and based in Port Arthur. Two days after the Japanese surprise attack on Port Arthur on 8/9 February 1904, Yenisei was laying a minefield at Dalian Bay when one mine broke loose and began floating towards the ship. While maneuvering to avoid the mine Yenisei accidentally entered the minefield that she'd just laid and hit a mine. The consequent explosion caused eight mines still on the rails to detonate, killing 96 or 100 crewmen and sinking the ship in 20 minutes. The protected cruiser Boyarin and four destroyers responded to the incident, but Boyarin hit one of Yenisei's mines. The explosion flooded the ship's machinery spaces and her crew abandoned ship. The cruiser remained afloat, but foundered in Dalian Bay the next day during a storm.

On the morning of 15 May 1904, Rear Admiral Nashiba Tokioki led a squadron consisting of the pre-dreadnoughts Hatsuse, Yashima and Shikishima to bombard Port Arthur. They encountered a field of 50 mines laid by Amur the evening before. Hatsuse hit one mine that disabled her engines and steering and drifted into another mine that caused one of her forward magazines to detonate. The ship sank in about 90 seconds, taking 496 men down with her. Yashima struck another mine as she maneuvered around the drifting Hatsuse, but she was towed away from the minefield. By the late afternoon Yashima's flooding had become unstoppable and she was abandoned by her crew. Three hours later the ship capsized and sank.

Amur was subsequently besieged in Port Arthur and hit in drydock a number of times by 28-centimetre (11 in) howitzer shells on 8 December 1904. She was knocked over on her port side and rested on the side of the dock at an angle of 68°. On 18 December she was hit again by 30 shells and sunk on her side. The Japanese later raised the ship and scrapped it.
Save this product for later