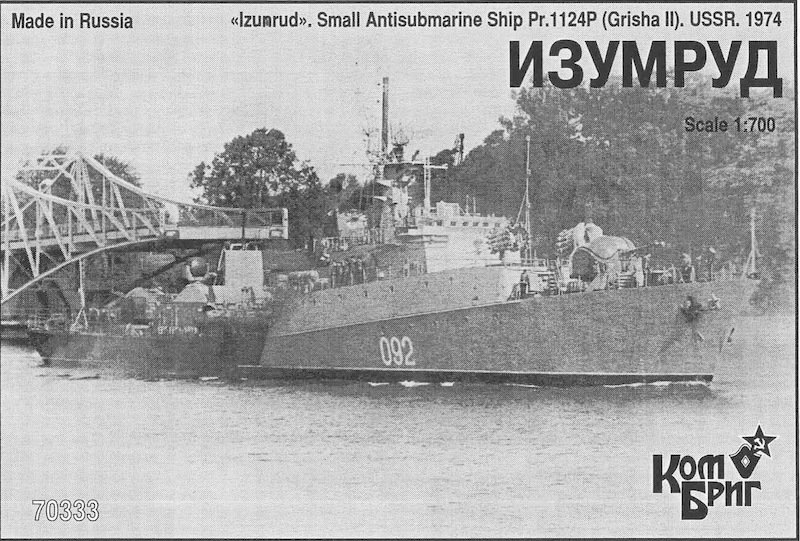 The Albatros class (NATO reporting name: Grisha) was a series of large anti-submarine corvettes built by the Soviet Union between 1970 and 1990. These ships had a limited range and were used only in coastal waters. They were equipped with a variety of ASW weapons and an SA-N-4 surface-to-air missile launcher. All were fitted with retractable fin stabilizers. Russian type designation was Malyy Protivolodochnyy Korabl (Small Anti-Submarine Ship).

The Grisha II class (1124P) were built for the KGB border guard, These ships had a second 57 mm gun mounting replacing the SA-N-4 missile system forward. 17 ships were built in the 1970s. Two were transferred to the Ukrainian Navy and around seven are in service with the Russian Maritime Border Guard.
Save this product for later