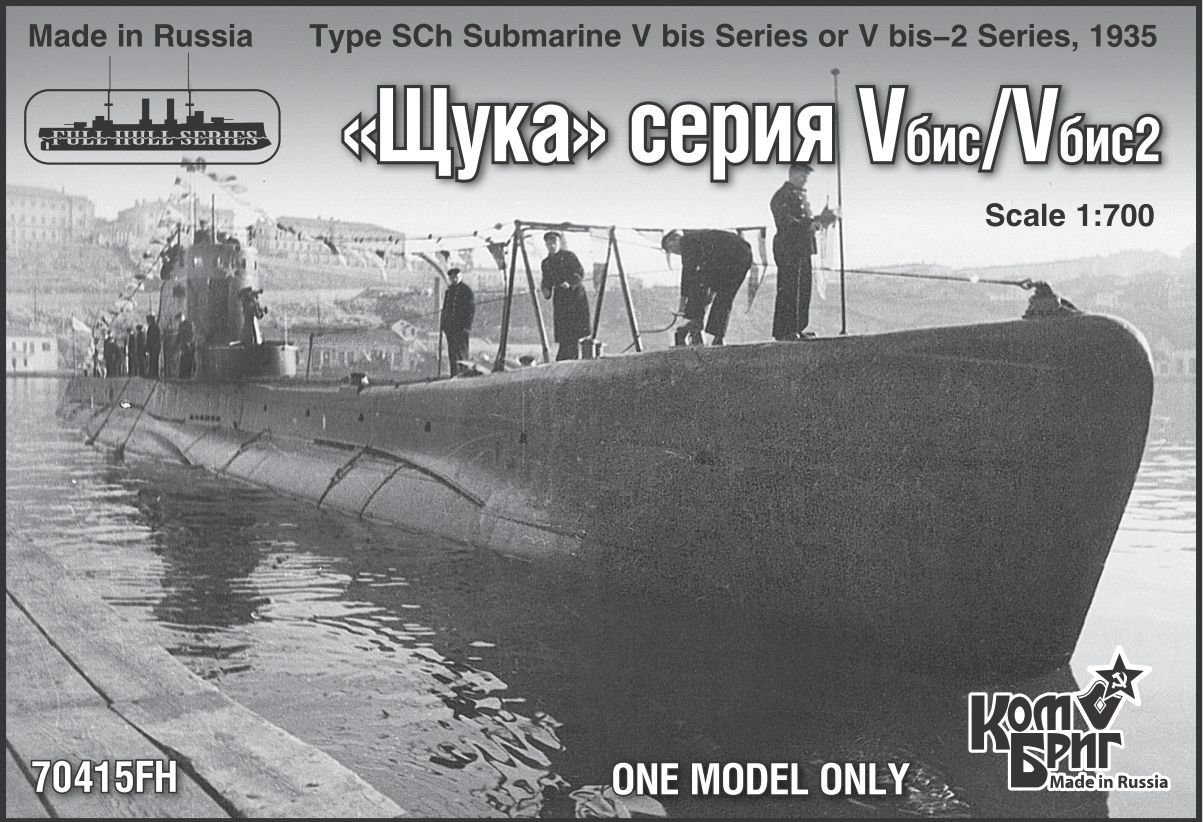 There were 3 modifications of this class, types II, III and IV. Each was slightly improved (longer, more range). The figures here we give for the original boats.

These submarines were designed to ‘execute positioning service on closed theatres’ and might be determined as medium submarines. The concept was adopted by USSR Revolutionary Military Council (Revvoensoviet) on January 23, 1930 and a huge program of their building for all four fleets of a giant country began in February, 1930. There were plans to build up to 200 Schukas of three main series - III (third series); V, V-bis, V-bis-2 (fifth series);X, X-bis (tenth series), so, this boats had to be the most numerous units of the Soviet Navy during WWII (really 86 units were commissioned before or during WWII). Seven yards were involved in this program - No189, 190, 194 in Leningrad, No112 in Gorky, No200 in Nikolaev and No202 in Vladivostok. Each series had several improvements vs. previous one.

The name of these boats was taken (traditionally in Russia and USSR) from the individual name of the first boat Sch-301 ’Schuka‘ (Ùóêà) - Pike. Their numbers depended on destination fleet: 1XX-Pacific fleet, 2XX-Black sea fleet, 3XX-Baltic fleet and 4XX-North fleet. Pacific fleet Schukas resisted Japans without losses (excluding non-battle damages and incidents), but Baltic, Black Sea and North Schukas suffered great losses during war (70% of front-line boats). The figures here we give for the original boats of III series.
Save this product for later